Botanical Gardens are characterised by the collection of different types of flora, trees, and plants. Not only you can get their entire scientific information but also procure their biological names. The speciality of these gardens is all the plants are grown adhering to the scientific principles thus enhancing their beauty and longevity.

India is full of natural beauty and has hundreds of botanical gardens across the country. Here is the list of Top Five Botanical Gardens in India. If you are a backpacker or a scholar, your visit to these gardens assures you serenity and peace blended with knowledge upgradation about various herbs and bushes.
Some of the Botanical gardens have integral zoo as well! 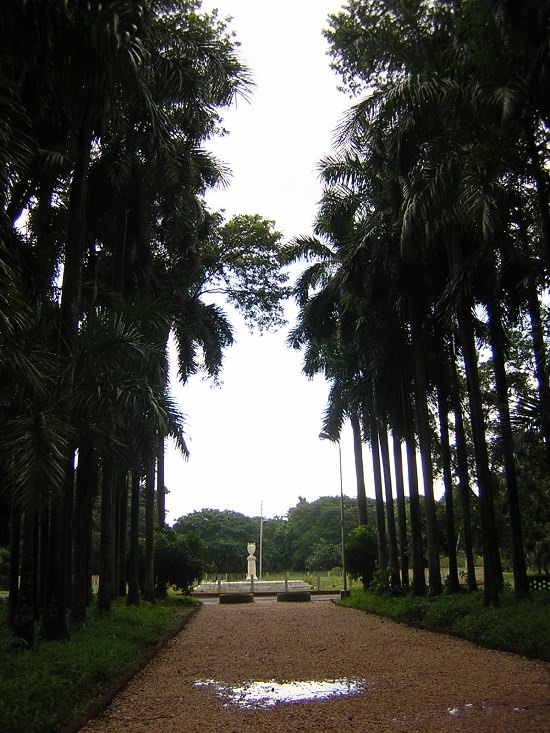 Founded by Colonel Robert Kyd in the year 1787 – an employee of the British East India Company – the motto was to encash on the rich and rare plants grown in the adjacent locality. This historical East India Company Garden alias Company Bagan got a total makeover after the implementation of the changes suggested by Sir George King in 1872.

The entire landscape got an outstanding transformation. In the year 1973, renowned botanist William Roxburgh gathered most of the Indian plants to start herbarium (dried plant collection). In the year 1950 i.e. after independence, this garden was called as Indian Botanical Garden. On June 25, 2009, the current name was incorporated to honour Bengali scientist Jagdish Chandra Bose.

Today, it is equipped with greenhouses, summerhouses and more than 25 divisions of herbal plants. An ideal motivational place for researchers and tourists for its organic environment. The main attraction is The Great Banyan Tree which is the second-largest canopy and biggest banyan tree in the world. You can get the glimpse of water lily, Victoria Amazonica, double coconut, breadfruit tree and rare plants from Brazil, Nepal, etc. You can relax and experience boating in Serpentine Lake!

Acharya Jagadish Chandra Bose Indian Botanical Garden is situated in Shibpur, west side of Kolkata City Centre covering around 109 hectares. Do not forget to declare your camera at the entrance. Also, this is a no-plastic zone. For students – do peep into the library division of this garden. 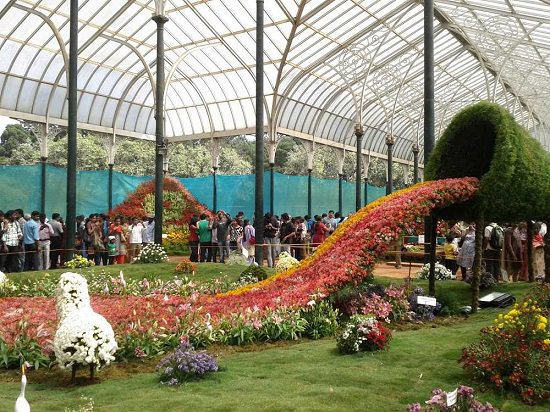 In the year 1760, Hyder Ali, the ruler of Old Mysore, started this private garden. The initial area was 40 acres, which was designed in the Mughal style. In due course of time, Tipu Sultan took over its development and subsequently by the British before Indian independence.

Major Waugh was the official director from the period 1799 to 1819, who elevated the importance of this garden by importing rare plants. In the year 1856, Lalbagh was uplifted and given the status of Government Botanical Garden and Rao Bhadur H.C. Jayaraja was recruited as the first Indian Director.

Today, it is the main attraction of tourists and researchers to study plants and conservation of plants and the area is spread over 240 acres. More than 1800 plant species are found under one roof in Lalbagh Botanical Garden.

In the Eastern part, Lalbagh is considered at the top in case of layout and panorama. The approach road is highly convenient and surrounded by heavy stone walls. Today, it is famous for Herbal and Economic Garden along with hi-tech seed and soil testing laboratories. The prominent attraction of Lalbagh is a huge and the well-maintained Grape Orchard.

Around 4km away from the Vidhana Soudha (State Legislature) Lalbagh is surrounded by the well-maintained residential sector – Jayanagar. It is well connected with state transport bus services with four entrance gates. Remember, no vehicles are allowed in the garden.

Department of Horticulture organizes various courses on Mushroom cultivation, Harvest Methodology, and Horticulture for the interested candidates.
Mysore Horticultural Society is famous for organizing courses on Bonsai and Ikebana in Lalbagh. 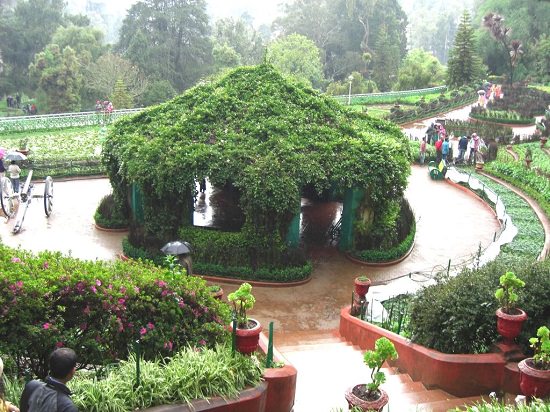 This garden is situated on the pious river Gomti. Nawab Saadat Ali Khan ruled from the period of 1789-1814, who built this garden in his tenure. In due course of time, it was adopted by the last King of Avadh, Wajid Ali Shah who renamed it as Sikander Bagh in the memory of Sikandar Mahal Begum – his beloved.

He also used this garden as his summer palace. Sikanderbagh has witnessed the first war of independence fought in the year 1857. The recent history confirms that it was originally visualized by professor Kailas Nath Kaul from the Council of Scientific and Industrial Research, New Delhi in the year 1953.

Furthermore, Dr. Triloki Nath was assigned the post of Asst. Director in the year 1964. In the year 1978, it was renamed as National Botanical Research Institute. Today, this garden is spread across 75 acres of land, encompassing Rana Pratap Marg from the south and Ashok Marg from the east.

Not only indigenous plant species are available in this garden but also non-native exceptional specious are available. There are Citrus and Mango Orchard growing popular varieties of Dasheri, Safeda and various other renowned varieties of mangoes.

Guava orchards are quite prominent within the main garden area, comprising the area of 30 hectares. You can also take a glimpse at their well-maintained herbarium (collection of dried plants), research laboratories, and a well-equipped library filled with latest botany bibliography.

The adjoining area of the National Botanical Garden is worth visiting. Places like Kaiserbagh Palace, Rumi Darwaza, and Bara Imambara are the famous tourist spots. Also, remember to visit Clock Tower, Chhota Imambara and Shah Najaf Imambara which are the famous neighbours of this botanical garden. 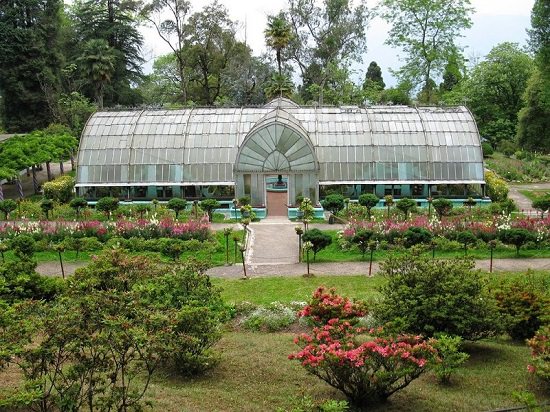 This garden is elevated in its beauty and attraction because of its location that is encompassed by the alluring Himalayas. The flora collection comprises of different varieties from Sikkim. Mr. William Lloyd donated this land for creating this garden, hence it was named after him.

Though the initial developmental progress was not up to the mark, the activities gained momentum in the year 1910 when superior standard seeds were distributed and collected from the locals. Mr. S.N. Basu was designated as the permanent curator of the garden. Today, the entire garden comprises of 7 sectors.

The distance from the nearest Calcutta railway station is around 386 miles. It is situated around 6,000 feet above sea level in the eastern part of Himalayas. The layout of Lloyd Botanic Garden is well planned! The upper section consists of everything related to Indigenous species. The temperate parts of the world are represented in the lower section. The plants of North-Western India, Eastern Himalayas, Burma, and South India are covered in the miscellaneous section. 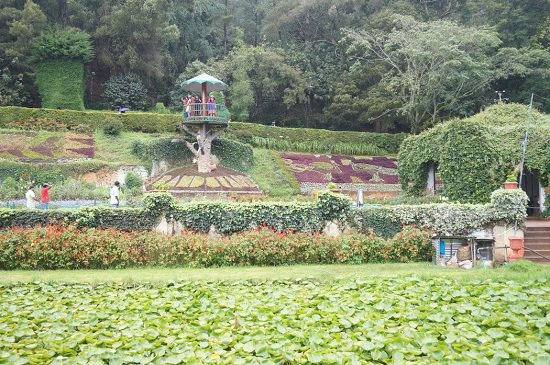 The Tamil Nadu Horticulture Department is responsible for the maintenance of this Government Botanical Garden whose foundation was laid down in the year 1848 by Graham Mclvor. This garden has a unique terraced layout.

The area of lower Doddabetta Peak comprising around 22 hectares is associated to this garden.
The birth of this garden goes as per the initial plan laid down by Marquis of Tweedale who promised to supply vegetables to the European residents at subsidised rates.

He was charging Rs. 3/- as maintenance charge wherein the residents could avail the vegetables free of cost. Before to independence, Captain Molyneux of European regiment managed this garden but due to financial constraints, this space was converted into a garden.

In the initial period, the seeds and saplings were procured from the adjacent jungles. The makeover of this garden was possible because of Mr. W.G. Mclovr, who was sent to Ooty by the East India Company.

Various types of shrubs, bonsai, trees, herbs, and ferns are found in this botanical garden. The exclusivity of this garden is a 20 million-year-old fossil trunk, procured by Geological Survey of India, Tamil Nadu. The entire garden is segregated into six divisions:

New Garden: The front flaunts a well-maintained crescent-shaped pond. You can get to see hybrid tea roses and hundreds of species of Polyanthus.
Conservatory: This public conservatory astonishes the beholder with colourful perennials and the eastern part depicting marsh flora.
Nurseries: It is equipped with superb terrace gardens and eight glasshouses. Periodic plants are grown and displayed in these nurseries.
Italian Garden: The flower beds are designed as per the Italian pattern.
Lower Garden: The entire lower garden is spread with Kikuyu grass. You can get to explore around 127 fern species.
Fountain Terrace: The terrace gardens depict beautiful flower arrangements and cut flowers.

WHY BOTANICAL GARDENS ARE IMPORTANT?

Botanical gardens play a vital role in conserving the biodiversity of plants. They are:

Where Do Chinar Trees Grow In India