Famous for their unusual appearance, here are some of the best Types of Cactus Found in India that you can grow as an ornamental plant!

Cactus is native to arid, dry, and drought regions. Coming in a diverse range of shape, size, and color, the jagged spines on the surface of cacti are the modified leaves that change their form to prevent the loss of water. They have a thick and fleshy stem used to retain water. Many cacti produce showy and fragrant flowers that make them one of the must-have plants. Here are the famous Types of Cactus Found in India.

Are Cacti Found in India?

Sorry to burst your bubble, but ‘No cactus is native to India’ according to a Senior Scientist P C Panda as this blog states. Some cactus species like Opuntia, Cereus cacti, and Selenicereus were introduced in India very long ago by the British colonials administration; hence they can be found in many parts across the country. According to the RPRC website, the Regional plant resource center has developed a cacti house in Bhuvaneshwar, that has the highest collection of 1050 varieties of cacti in Asia. Apart from that, some cacti are developed at the Delhi and Koraput research centers as well.

This list from RPRC Bhuwneshwar contains all the species or varieties of cactus that they have developed in Bhuvneshwar, but here are some common cactus varieties that are available on various Indian online nursery portals as well. 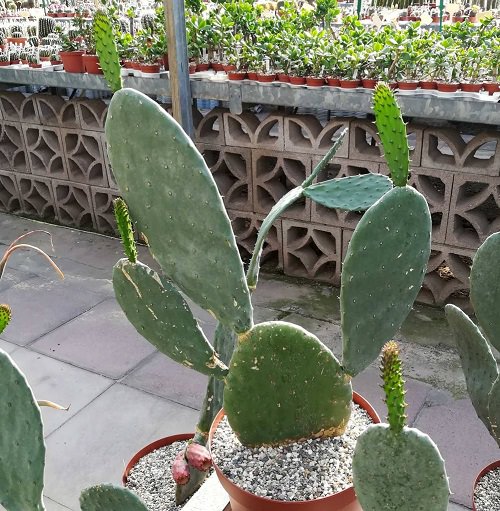 Also known as Indian fig opuntia, Barbary fig, cactus pear, and prickly pear, this cactus species is popular for its edible fruit. Growing up to 10-16 feet, they have flat and circular leave-like pads that are actually modified stems. These fleshy pads store water, produce flowers, and do photosynthesis.

You can grow this cactus as an ornamental, miniature tree indoors. The pads are glossy and dark green. They are elongated and surrounded by white or yellow spines. You can even shape them arbitrarily by removing certain pads from the stems. 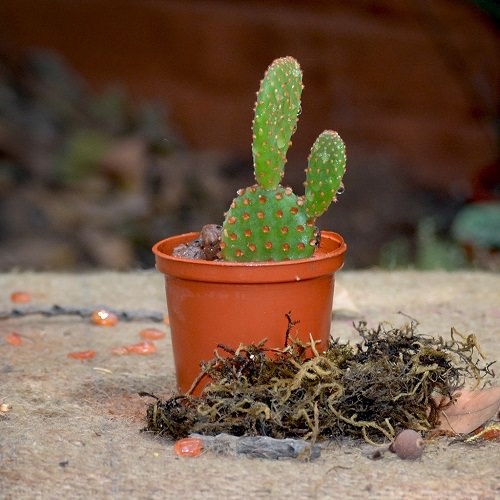 Making a dense clump of pads, this opuntia variety has yellow to red glochids instead of the spines. This cactus is popular by names like bunny cactus, bunny angel, and polka-dot cactus. Thanks to the bunny’s ear-like shape of its green pads that give them a cute look.

This variety has a clump of 5-10 long ribs on every stems with sturdy spines. What’s more special about this cactus is that during night time, it produces a white flower, with mesmerizing fragrance. This is one of the best Types of Cactus Found in India. 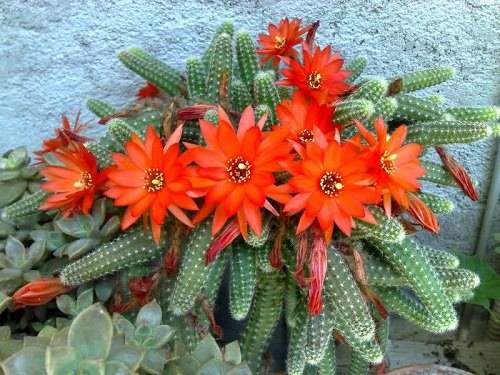 Its soft, pale green-color stems are full of rows of thick spines. As it gets mature, they turn woody. Its young shoots often appear like clumps of peanuts. The beauty of this cacti elevates as the large red flower produces above its stem. 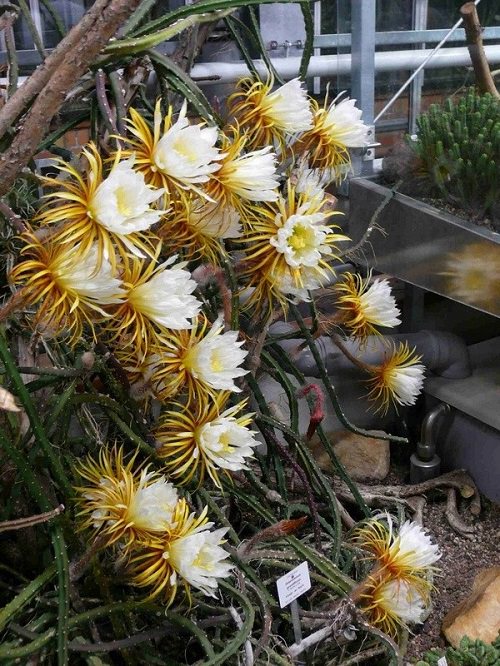 Also called the queen of the night, sweet-scented cactus, and vanilla cactus, these wonderful names are the result of a large white flower that has a delightful, vanilla-like fragrance, and it opens up during night time. Its stems are cylindrical and have a knobby surface. 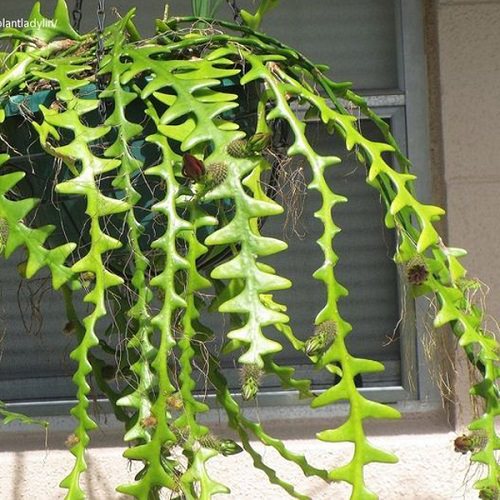 The leaf-like green stems of this cacti have a trailing growth habit and appear like a zig-zag pattern from far. Its main beauty is due to its night-blooming flowers surrounded by the two bracts.

Due to their hardy nature, low maintenance, and beautiful appearance, cacti are highly popular. But, of course, they need a little bit of care for survival and flowering. Here are some tips you must check out.

Often gardeners use regular potting soil for growing cactus that lead to poor growth. Cacti love well-aerated and fast-draining soil, as they don’t like sitting in water. Use commercial potting mix for cactus or succulent or make your own potting by mixing 3 parts potting soil with 2 parts of perlite and 1 part of coconut coir or coarse sand.

You can re-pot them anytime; however, repotting them during February and March turns out to be an ideal repotting time as it induces fresh growth to the plant.

Cacti love sunlight nurturing, and for better flowering, they require at least 3-4 hours of direct light. Expose all parts of the plant to sunlight for uniform growth. For indoors, a south or west-facing window is appropriate, but make sure to shelter them during summers and from harsh noon light.

Why cacti are praised by most busy gardeners is due to their less watering needs. Cacti needs infrequent watering, and the soil should be completely dry before the next watering. The best rule is to poke a 1-inch finger in the soil and if it feels dry, water them thoroughly until it comes out of drainage holes.

Fertilize cactus every year with a balanced liquid fertilizer will encourage healthy growth. Just like overwatering, remember not to overfeed the cactus it will do more harm than good for the health of the plant.

Fungal diseases and pests like scales, spider mites, and mealybugs pose a threat to these drought-tolerant plants. So it is better to use appropriate pesticides on early signs of infections and get rid of them immediately.