Are you looking forward to growing a Spiritual Garden in your backyard? Here’s all you need to know on How to Design a Hindu Garden!

In Hinduism, plants & trees have always been of special significance and revered. In sacred Hindu texts, there are many references, signifying growing trees, making gardens, and woodlands. The plants listed here induce positive vibes all around and widely used for medicinal and ornamental purposes. If you’re a follower of Hindu culture, this article will teach you on How to Design a Hindu Garden in your backyard. And if you lack sufficient space–in your balcony or rooftop by offering a complete guide on plants that complement the world’s oldest religion’s belief!

Preparing a Design For Your Hindu Garden 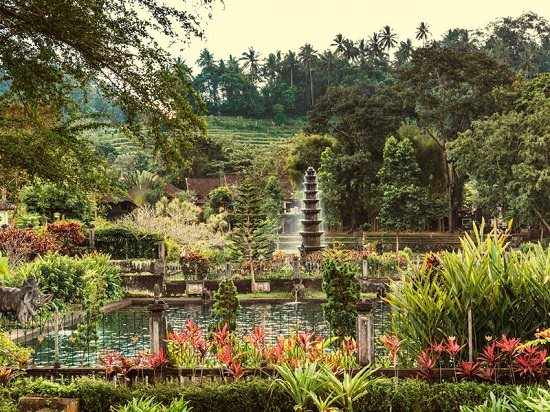 An altar is a place where you can sit and meditate in your garden. For this, find a big stone or a rock of a flat surface. Clean it and keep it in one corner of your garden. The dangling branches of trees will give you a comforting shadow of nature, while tall plants will surround you, working as a privacy screen, as you sit on the stone and meditate. Such spots help you relax and become one with nature!

You can place hanging bulbs and illuminating night lamps in your garden. Lamps have always had a importance in Hindu culture. To give it more of nature’s touch, bind some tiny leaves in a thread and surround the lights with this garland. In the evening, when the bulbs will glow, it will entice your eyes with their glimmering effect in the surrounding, making your garden a perfect place for an evening stroll.

If you have a large garden, adding a water fountain or making a little pond, is going to enhance its beauty by tenfold. You can plant water lilies, irises, and lotus in the pond, along with some colorful pebbles, to add attractive elements while you ask how to design a Hindu garden. You can make a water pond by using a big decorative container as well.

Nothing like walking on the lawn, covered with mist and dewdrops, right after waking up in the morning. In Hinduism, the “Doob Grass” (Cynodon dactylon) is highly praised for giving positive energy to your body, if you walk barefoot over it. Growing this grass in your garden gives it a lush green look.

Hedges play an important role in keeping your garden private from prying eyes, especially if you have nosey neighbors. You can create a fence in the yard with many fragrant flowers like Lantana and Bougainvillea. You can plant Lawsonia Inermis (Mehandi) tree or bamboo as well as it is considered sacred in Hinduism as Krishna’s bansuri is always made from it. 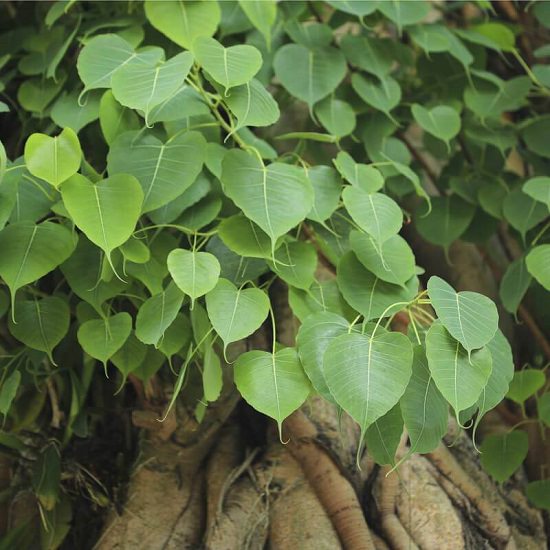 “I am the Peepul tree among the trees, Narada among Sages, Chitraaratha among the Gandharvas, and sage Kapila among the Siddhas.”

The peepal tree is given a lot of importance as Buddha got his enlightenment under it. In Atharv Veda, it is considered home to the trinity of Hindu gods – Bramha, Vishnu, and Mahesh. If you wish to grow a Peepal tree, then make sure you have a large backyard or garden, as it will occupy a good portion of it. It is a fast-growing, deciduous tree; with wide-spreading branches and heart-shaped leaves. It flourishes best under full sunlight. Peepal prefers loam soil for its thriving cultivation.

Tip: If you don’t have much space in your garden but still want this tree then you can also keep a peepal bonsai. 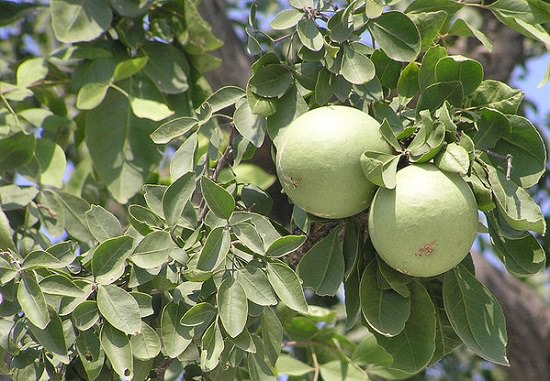 In the Hindu religion, Bael Leaf is offered to lord shiva. It has many medicinal and healing properties. It produces orange-pulp fruit, which is beneficial for curing many digestive and ulcer problems. The Bael tree can withstand drought, and even if all its leaves fall during summers, its thick green foliage emerges again in the next rainy season. 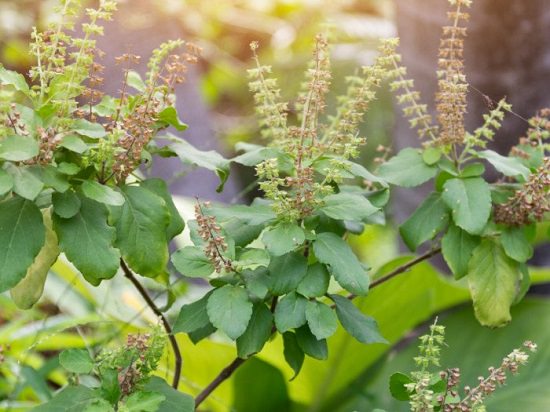 The spiritual significance of this plant is unlimited. According to Hindu mythology, Tulsi is considered as an earthly manifestation of deity Vrinda. Mainly, three types of Basils are popular among gardeners – Rama, Krishna, and Vana Tulsi. It is called an elixir of life in Ayurveda because this herbaceous plant is used to cure illnesses like headaches, inflammation, common cold, etc. 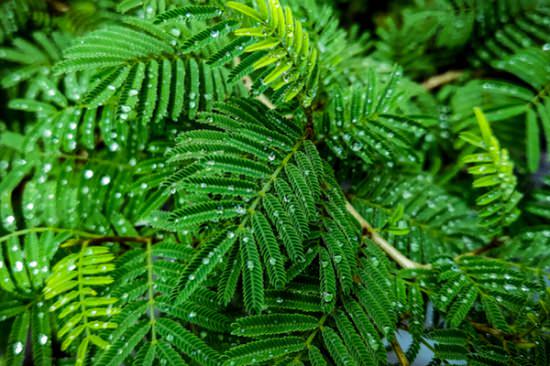 ‘Shami’ means to cleanse or suppress. This tree is said to cleanse all sins of humanity and is worshipped by Hindus at the Dussehra festival. In Mahabharat, the Pandavas had worshipped this plant to ensure their victory in the epic Kurukshetra battle. Shami tree is a small tree, growing about 3 to 5 meters tall and has 7-14 leaflets on its each Pinnae. It is a drought-tolerant tree, which grows well in hot and arid areas. 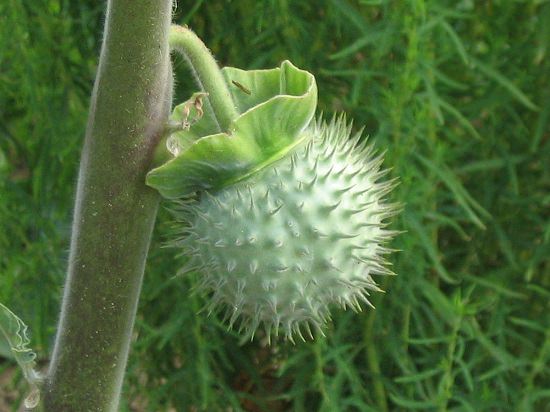 According to Veda ‘Shivashekhera’, the fruit and flower of this plant were offered to Hindu God Shiva, to cut the effect of poison he had drunk during Ocean Manthan. Though Dhatura is poisonous, the application of its juice on hair scalp may prevent hair loss and dandruff. It flowers at night in shades of purple, cream, and white. The plant thrives in a warm climate and moist soil under full sun.

Tip: This plant is poisonous so keep the children out of the reach and the adults informed. 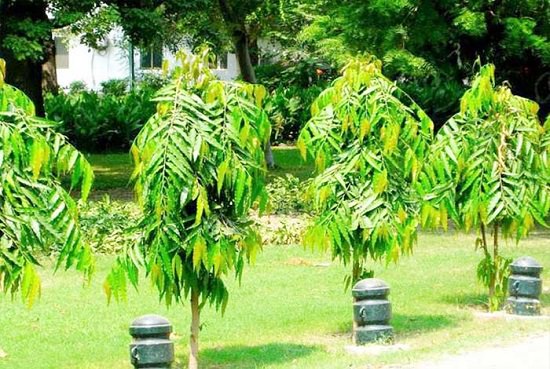 From a religious point of view, the Ashoka tree is vital in both Sri Lanka and India. It holds this significance, as Buddha was born under this tree. Also, in Ramayan, Goddess Sita was held captive in AshokVatika when Ravan had abducted her. Ashoka plant is a tall, erect, and an evergreen tree that grows green leaves in dense clusters. It does well in sunny areas and also needs the right amount of watering. It is also used in medicinal purposes like to cure acne, asthma, and kidney stones. 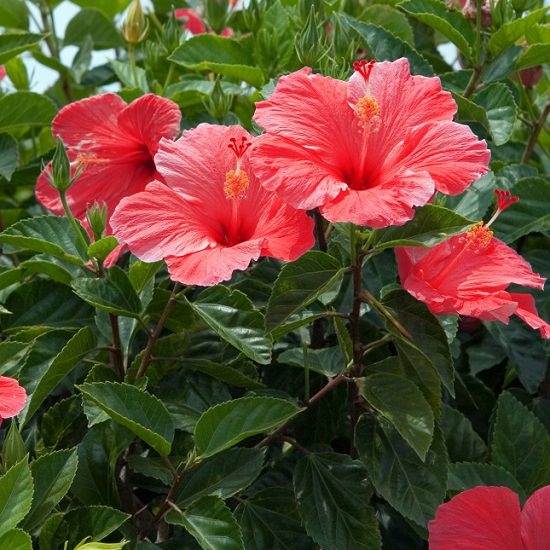 Hibiscus blooms beautiful five-petal, trumpet-shaped flowers of pink, white, orange, and purple hues. Hindu devotees offer these flowers to Deity Kali/Adishakti. Hibiscus grows best under full sunlight and moist soil. No matter which color you have chosen, it will surely provide an exotic look to your Hindu Garden. 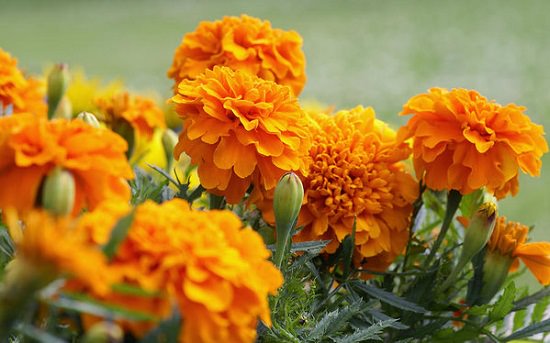 In Hinduism, Marigold symbolizes auspiciousness. The saffron and orange color of Marigold signifies renunciation and devotees offer it to God as a symbol of surrender. Its flowers are used in making garlands and torans in India. This flower, with its eye-catching hues of yellow and orange, is going to bring a lot of positive vibe in your garden. It can easily grow in loam soil, with some layer of vermiculture. 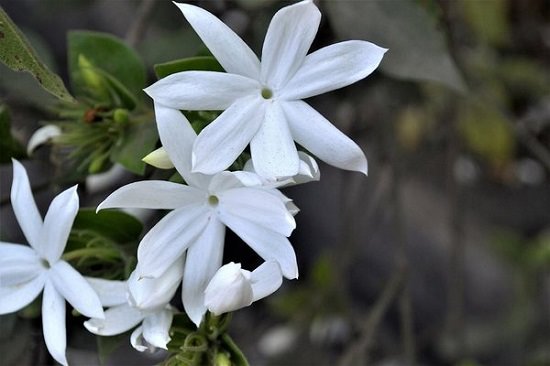 The focus of ‘Flower’ is an emotion and to make you feel peaceful.

No Hindu garden is complete without a beautiful and aromatic Jasmine, especially a variety called Jasminum multiflorum or Kund. The flower finds a description in Hindu scriptures since the time of Vedas and Hindu deity – Lord Vishnu loves it immensely. It is either deciduous or evergreen, blooming in summer and springs. It also releases a pleasant fragrance, especially in the night. Jasmin’s oil is used in making perfume and cosmetics. 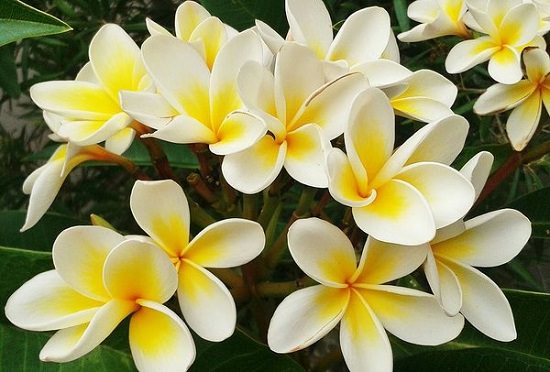 Plumeria is crucial in many religious ceremonies and denotes eternal life. This beautiful flower has a fantastic scent, which stands on large foliage. For colder places, it prefers a ground bed, and it’s better to grow it in containers, with potting or cactus mix soil. Plumeria grows best under a bright sun, with moderate humidity. 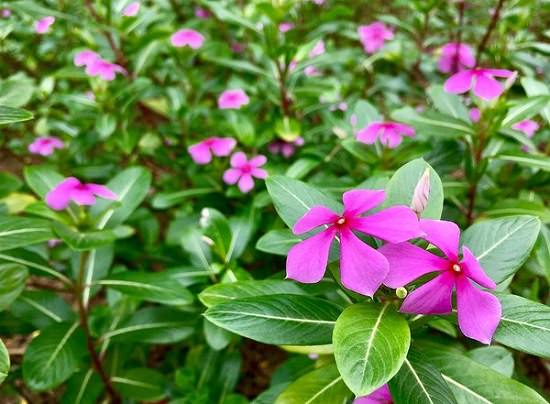 “Flowers please the mind and grant prosperity. Hence, men with righteous deeds bestowed the name Sumana on them”

Periwinkle is also famous as ‘Nityakalyāṇi’ in Ayurveda, as it cures many fatal problems like diabetes, nose bleed, sore throat, etc. It is a charm of the Hindu Garden and majorly finds a place in a garden bed. Its flowers are of pink and purple texture, with dark pink pollen. Many prefer Periwinkles, because of their ability to grow in dry and nutritionally deficient soil. 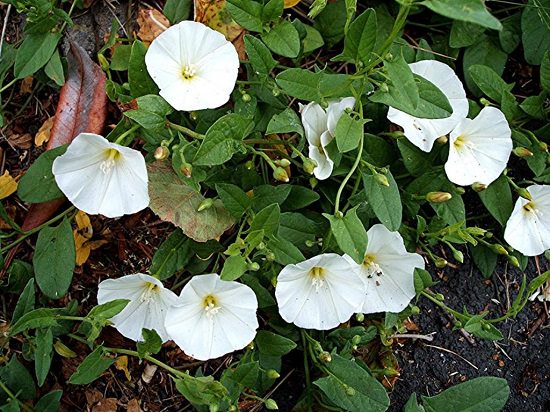 Your Hindi Garden will surely become vibrant when the delicate branches of Sankhpushpi blossom their pretty blue flowers, in their climbing branches. It is a herbaceous plant, which has various uses as a brain tonic, to raise memory retention, from ancient times. So, if you are asking how to design a Hindu garden, this is the plant you must include! 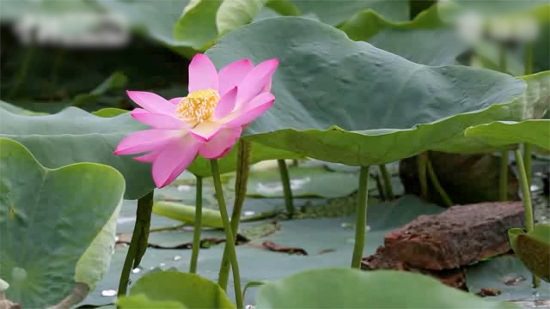 “The lotus flower blooms most beautifully from the deepest and thickest mud.“

The lotus is one of the most appreciated flowers in Hindu mythology. In Hindu epics, Vishnu, Bramha, and Saraswati rest on it. Growing lotus is somewhat tricky, as one has to make special arrangements for it, like having a dedicated water pond, which requires necessary maintenance too. 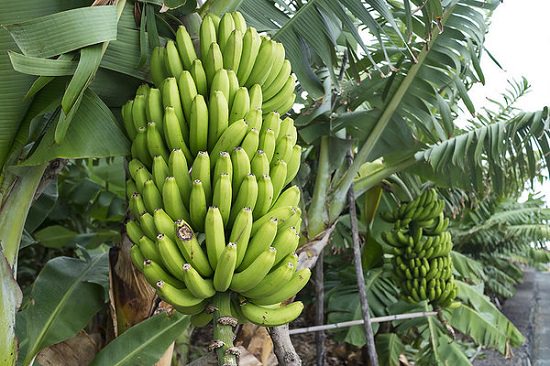 The fruit is referred to as ‘Kadali Phal’ in Sanskrit, which is often used as ‘Naivedyam’ or offering to God. The leaves are also useful in serving the ‘Prasad’ to the devotees.  In addition to that, the trunks of this tree are essential in decorations for various ceremonies. So having a banana tree in your Hindu garden is auspicious. 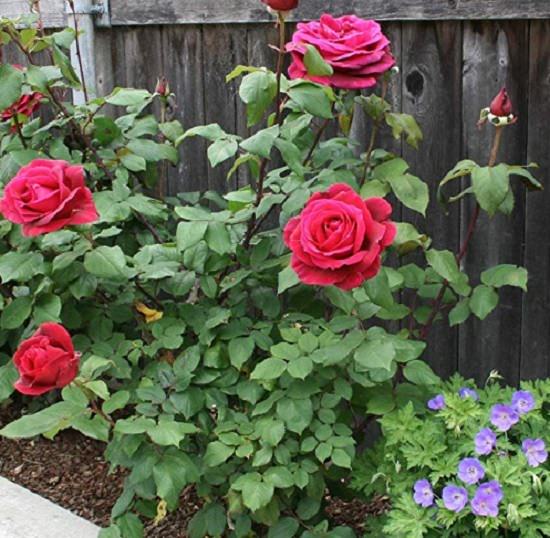 With this exclusive list of fragrant flowers and sacred plants, we are sure that you will now easily grow a Hindu Garden in your backyard. These plants will help you spread positive vibes in the environment and a feeling of spirituality in the air.