If you want an easy-to-maintain plant that also blooms in vivid shade, then here are some stunning Cactus with Red Flowers! Grow them in your home and garden.

If you think that cacti are just green specimens, then you are entirely wrong! Some of them are really beautiful, especially the ones that bloom. Here’s a list of stunning Cactus with Red Flowers for you!

Check out the list of edible cactus in India here 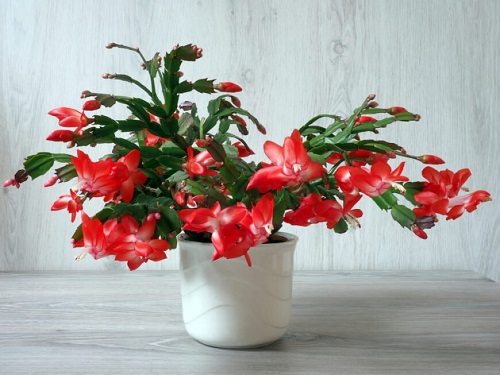 Christmas cactus produces striking pink to red blooms during the winter months. To produce the flower buds, this cactus requires around 12-14 hours of dark and 6-8 hours of daylight for up to 8-10 days in a row. 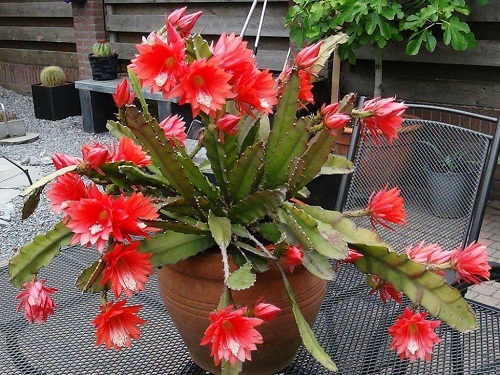 Its leaves have a trailing habit, making this cactus a suitable choice for hanging baskets and railing planters. It grows beautiful red and orange flowers. Keep it safe from direct sun exposure.

Also famous as the claret cup cactus, it has dense spines that give it a woolly appearance. On the top of the spiny stems, it produces waxy flowers in scarlet to red hue.

As the name suggests, this cactus has cylindrical stems that resemble peanuts in shape. It makes a bold statement with the red-orange blooms.

This cactus is covered in spiny ribs that range from red, to yellow. The main showstopper is its exquisite flower that emerges in a bright red shade during summers.

The funnel-shaped flower comes in multiple shades of pink, orange, yellow, and red. It has a round to globular stem that is entirely covered with horizontal fuzzy ribs.

How to Care for Poinsettias this Christmas and Beyond