Want to know the difference between False Ashoka Tree Vs. Ashoka Tree and figuring out how to distinguish between the two, then you’re at the right place! 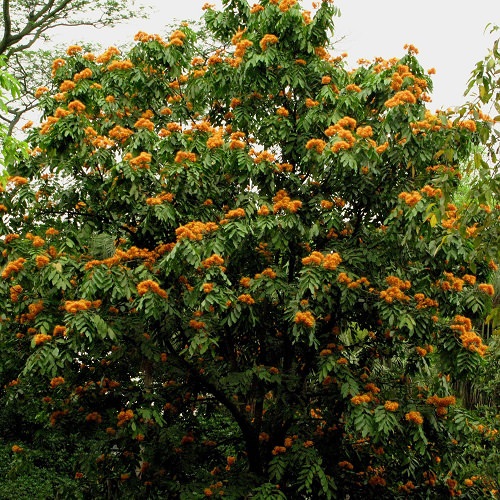 Ashoka tree, also known as ‘Sorrow less’ tree, is erect and evergreen, thanks to its big crown, glossy green leaves, and fragrant red flowers that make it aesthetically stunning. According to the Hindu religion, Saraca Asoca belongs to the Deccan plateau and Western ghats of the Indian continent. Whereas, False Asoka is tall and erect and has a resemblance to the Ashoka tree. Growing up to 30-40 feet in height, this tree is native to Sri Lanka and India. The architectural shape of false Ashoka is reminiscent of a pyramid shape. Let’s have a detailed look at False Ashoka Tree Vs. Ashoka Tree.

Check out our article on popular deciduous trees in India here. 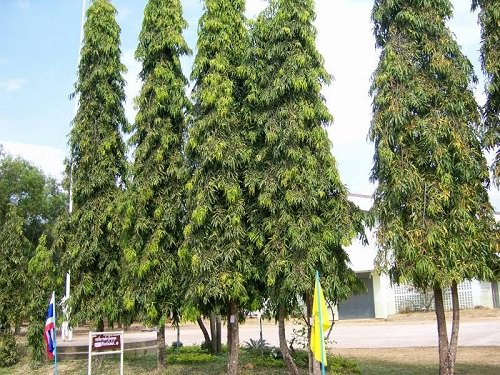 In Buddhism, it is said that Queen Maya of Sakya gave birth to Lord Buddha under the vicinity of the Ashoka tree. Yakshi under the Ashoka tree, these monuments finds great significance in Buddhist literature. According to the Hindu religion, in Ramayan Mahakavya, Sita was captive at the Ashoka Vatika in Sri Lanka. Ashoka tree is also famous as a ‘Sorrow-less‘ tree as people believe it heals all the sorrows.

False Ashoka tree is highly appreciated in India due to its property of reducing noise pollution from the surroundings. People use the leaves for decorating purposes in various cultural festivals.

The Ashoka tree is famous for its ornamental as well as medicinal properties. The bark of this tree is useful for skin treatment, and various cosmetic manufacturing industries use it. This tree has an anti-dotal, stimulating effect and analgesic properties, which heal various ailments related to the reproductive and digestive system.

Also Read: How To Grow Ashoka Tree in India

How to Grow Vegetables at Home in Mumbai