Add colors to your garden by growing Heavenly Bamboo! Here are some great Nandina Plant Varieties that you must check out!

Native to Eastern Asia, Nandina is an evergreen shrub, prized for its ornamental leaves that turn red during fall and winter. The upright shrub’s stems are reminiscent of bamboo canes. It also produces eye-catchy berries and flowers during spring and summer that elevates its beauty further. The shrub grows in a dense mound and looks best in borders and hedges. There are more than 60 varieties of the plant and here are some popular Nandina Plant Varieties you can try in your garden.

Check out our article on best impatiens varieties here 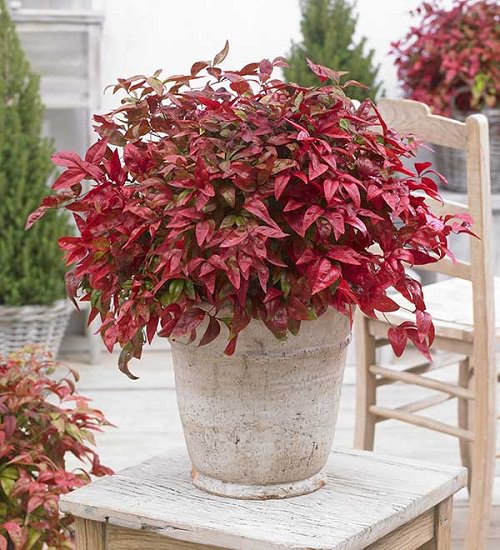 During spring and fall, the new leaves emerge with profound pink hues that eventually turn dark red to maroon with the arrival of winter. This dwarf variety has a non-spreading and compact growth pattern, making it best for hedges and borders. 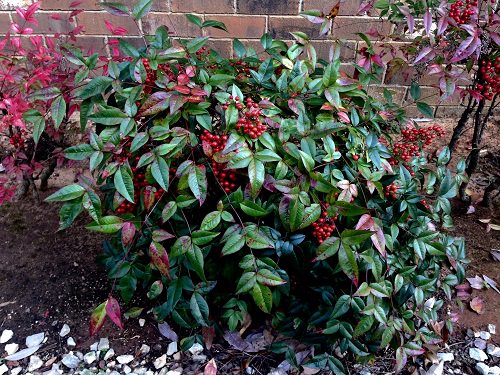 Growing up to only 2-3 feet tall, this dwarf variety showcases narrow and small foliage forming a dense mound. It produces green leaves with a slight coppery tinge. The foliage remains evergreen in all the seasons, except for the winter, where it turns into striking red. It’s a fruiting variety but produces fewer fruits. 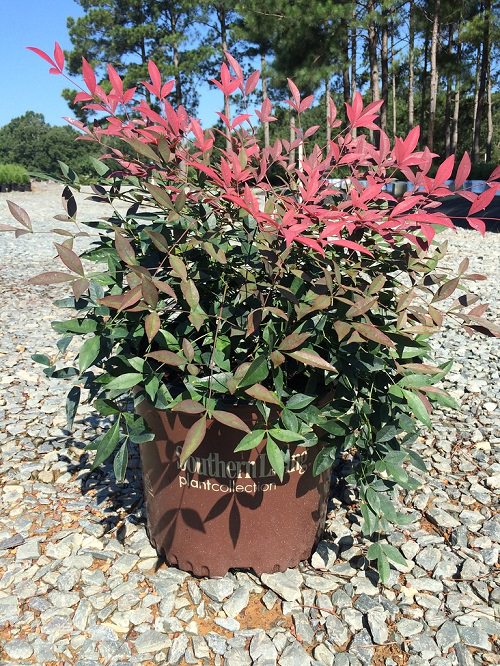 The variety is highly cherished for maintaining its coppery-red hue throughout the year. It has a ground-hugging tendency that makes it a perfect fit for ‘spiller-thriller-filler’ container gardening. 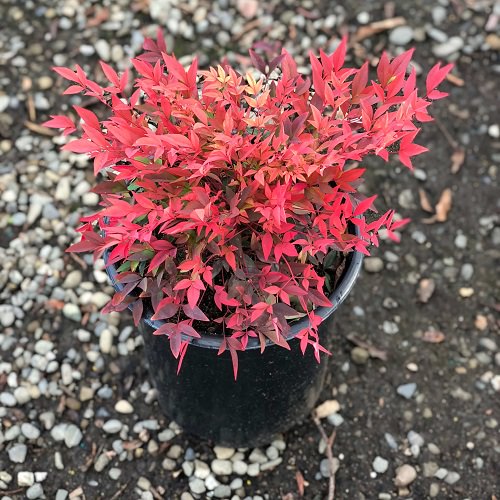 Growing 3-feet wide and tall, the Gulfstream Nandina gained high popularity among gardeners due to its changing color in accordance with the seasons, produces young foliage with a scarlet red hue. The color becomes turquoise green in summers and then again attain reddish appearance during fall. 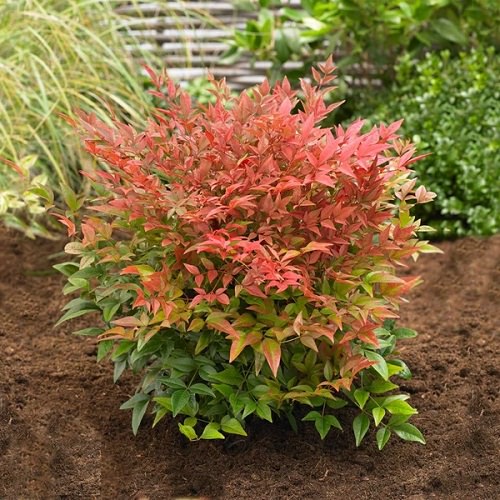 The leaves emerge copper-red during spring and continue to display its vividness till fall. The variety features similar characteristics like the Gulfstream, except it grows and spreads around 2-3 feet. The shrub prefers full sun to part shade. 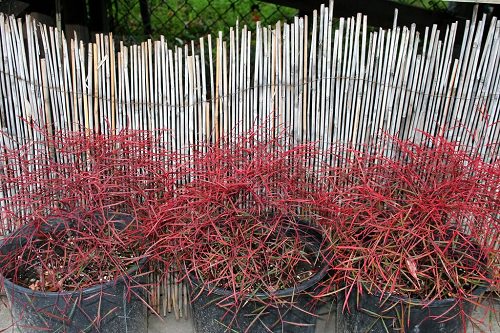 The needle-like, lacy leaves of Filamentosa wrapped with burgundy hue sets this variety apart from all. This is a slow-growing plant that alters its color to bronze or red-purple as the fall arrives. The plant bears light pink flowers at the tip of bamboo canes like branches in spring and summer. 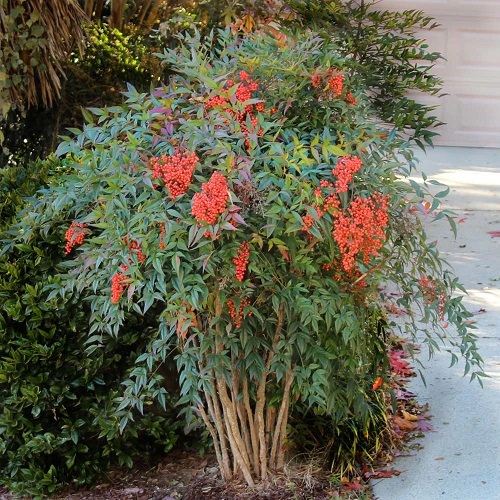 This variety not only makes a good landscape option but proves to be prolific too. Its lacy leaves form a compact cluster that gracefully appears on bamboo-like canes. Its leaves are initially pink, but alter the color to green on maturing. It also bears white yellow flowers during summer and springs. 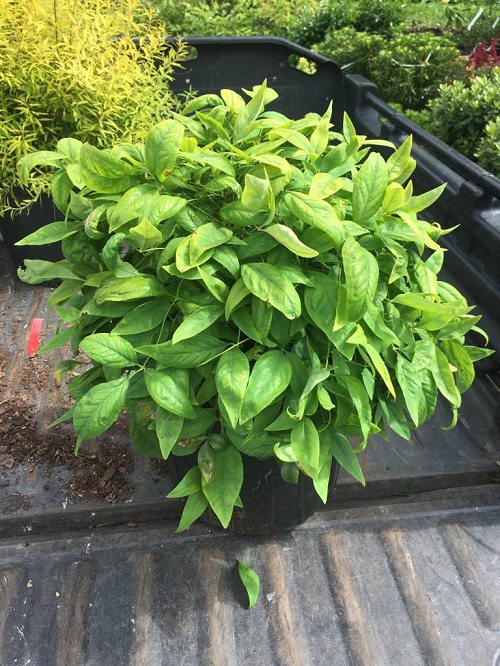 Displaying an array of red foliage during winter and fall, this dwarf variety attains its lime green color during warm seasons of spring and summer. Growing up to 1-2 feet tall, it produces a bunch of white flowers throughout summer. 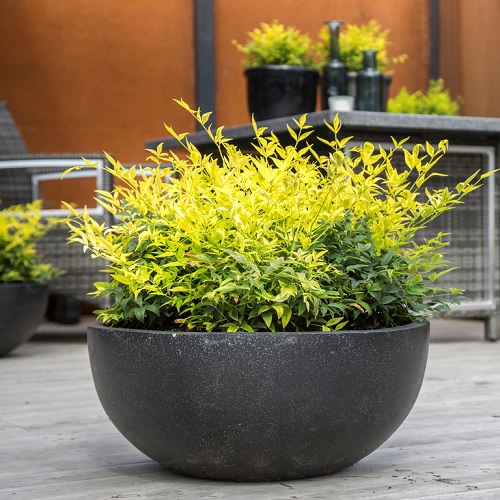 Growing up to 3-4 feet tall, its foliage is flushed with yellow-green color during spring. But, as the summer falls out, the leaves gain a special chartreuse shade. The glossy foliage of lemon-lime never achieves red hue in any season. 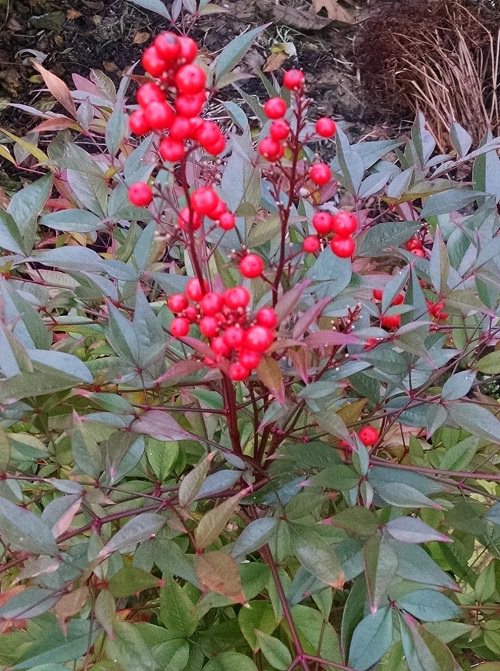 This variety fits well for screening hedges, as it attains a height of 7-8 feet. The lance-shaped foliage is evergreen, except for the fact that it becomes purple-red during fall. During spring it bears a cluster of starry white-pink flowers making this shrub visually stunning. 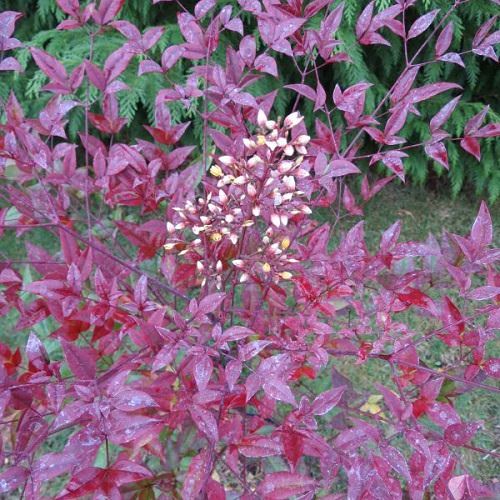 This is a semi-dwarf variety that grows up to 4-6 feet tall. The variety marks a bold statement by bearing different colors in different time strokes. They are initially coppery bronze as they make an appearance, then turning green-blue with maturity. But, as the fall season arises, the leaves unlock their true beauty by exhibiting striking red color. It also bears violet-red blossoms during chilly winters. 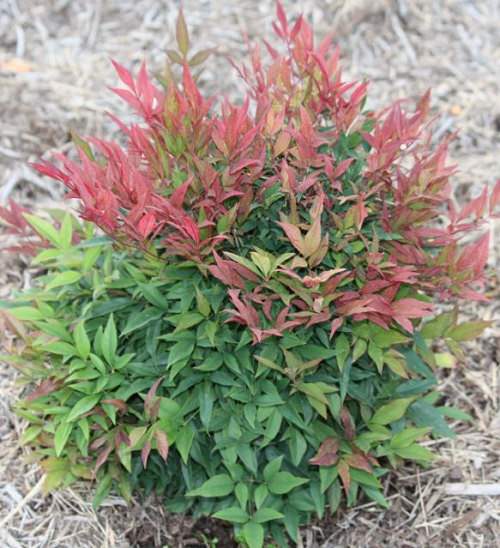 The bipinnately leaves of sienna sunrise are covered with a brilliant red hue during fall. Growing only up to 3-4 feet, the variety shows up the green color in all seasons. The magnificent red berries emerging from fall to winter further adds its beauty. 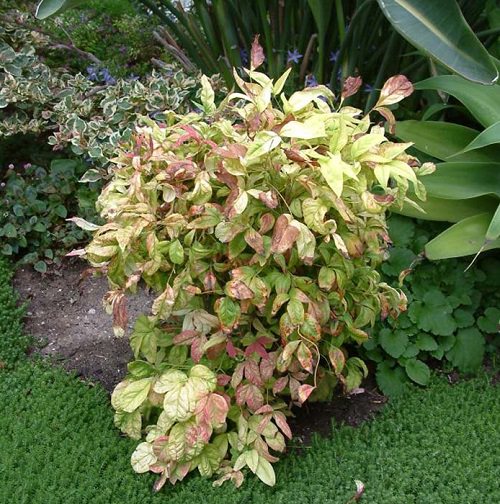 The leaves of nana nandina are green, but in summer and winter, they are flushed with yellow-green and crimson red hues respectively. This dwarf variety, with mounding growth habit, reaches only up to 2-feet tall but has a more invasive spreading growth. 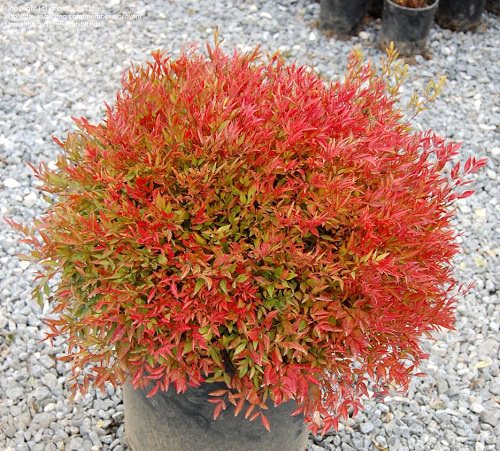 Churning out the highest number of colors compared to other varieties, this plant tops the list. The new leaves are lime green in color, but during cooler months the leaves color fluctuate from reds, pinks, burgundy, to apricot. The mesmerizing colors intensify under the full sun exposure.

Note: Nandina is a toxic shrub so make sure to keep your pets away from this plant.

How to Grow Chikkudukaya Plant in India | Growing Lablab Beans