Lajalu Plant in English | How to Grow Touch Me Not Plant

Lajalu is known for its unusual leaves that close when touched. But, do you know what does Lajalu Plant in English called? Check this article to know more. 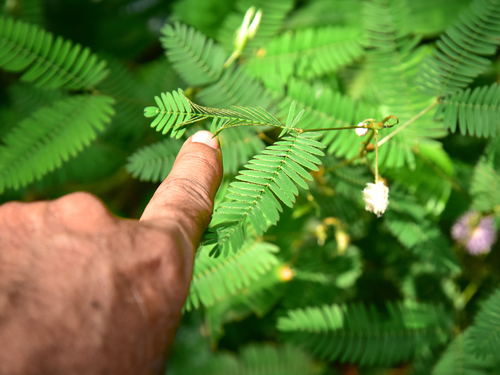 Lajalu or touch-me-not is a plant whose leaves are sensitive to any kind of touch. So, learn everything about Lajalu Plant in English and its growing guide.

Learn How to Grow Song of India Here

Lajalu plant is native to America, but now it has been naturalized in tropical regions, especially in India it is very popular and is called by many names such as sharmili, Chui mui, lajwanti, and so on. It is a creeping flowering plant that grows rapidly in a short period of time. It earned such a name because its leaves fold back and close upon touching. The response of the leaves is very rapid when touched by the hands. The plant bears green, fern-like leaves, prickly stems under the leaves, and pink-colored flowers, which are pollinated by wind.

Lajalu plant is known as Touch-me-not or Mimosa pudica in English. We are also listing it’s other names below:

Lajalu can be grown from seeds as well, but stem cutting is the most popular way of its propagation.

You can take a woody stem cutting from a healthy lajalu plant during springs and summers. Apply rooting hormone to the cut portion. Then, plant this cutting in a container filled with standard soil media. Mist the soil evenly, and place the container at any bright, indirect sunlight location. Monitor the cutting for any new shoots development for the next 2-3 weeks.

How to Grow Touch Me Not Plant 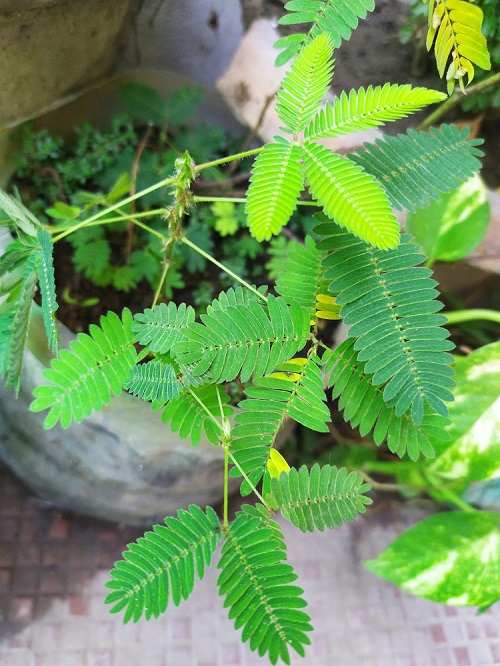 This plant is fond of plenty of sunlight, so generally, it does best in 6-8 hours of full sunlight on a daily basis. Besides, it can thrive in partial sunlight as well.

The plant can adapt to a wide range of soil types; however, it loves loose, well-draining, and moist soil. You can even prepare the potting mix by blending two parts of loamy soil, two parts of peat moss, and one part of sand.

This plant responds well to the temperature range of 18-25 °C. It can not tolerate extreme heat or cold, so consider protecting the plant by bringing it indoors during the harsh summers or winters.

Water the plant regularly during the active growth period of springs and summers. Water the soil deeply and thoroughly whenever the topsoil feels dry to touch. Also, reduce the watering frequency during the rainy and winter seasons.

Learn What is Kachnar Flower in English Here 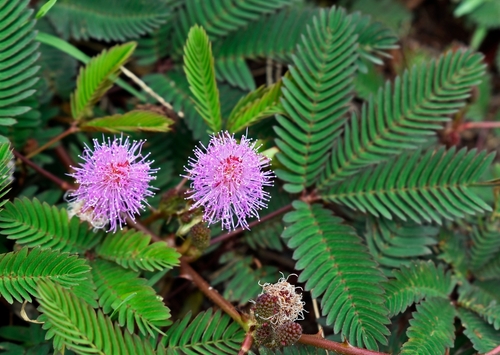 This plant benefits from the application of all-purpose liquid fertilizer once every month during the growing phase. You can enrich the soil quality by working with compost during the spring season. It’s advised to stop feeding the plant during the winter months.

If left unchecked, touch me not become leggy; so snip off all the branches that look out of place on a periodic basis. Also, after the flowering period, consider trimming all the dead, diseased, and damaged stems from the plant.

When the temperature drops below the critical point, it’s recommended to bring the pots indoors. You should mulch the base using dry leaves, straw, or barks for garden plants. Avoid placing the plant near the window during the time of cold drafts. Also, avoid keeping the plant near the heating vent or radiator if kept indoors.

Learn How to Grow Hydrangea from Cutting Here

Touch me not plant is susceptible to scales and aphids attack sometimes, but you can easily deter them off with the application of neem oil or soap solution once every two weeks. Make sure to avoid excess watering, as this plant is sensitive to root rot and other fungal issues.

What is Kachnar Flower in English | Orchid Tree Uses