Planning to grow Guava tree, but confused in which season to plant it? This detailed guide on Guava Seasons in India will help you in a good harvest! 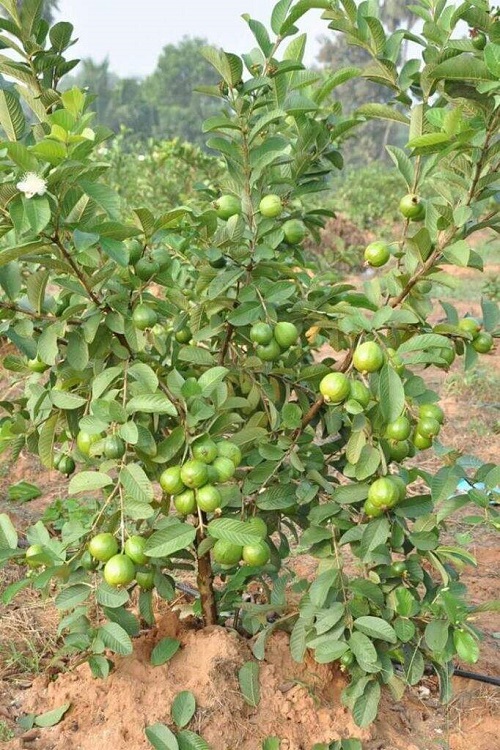 Native to tropical and subtropical regions, guava is the fourth most important fruit tree in India. The hardy and drought-tolerant tree start producing fruits within 3-4 years if grown through grafting or layering. But, it may take up to 8 years if grown through seeds. The tree grows up to 15-20 feet tall and produces pale green skin fruits with off white to reddish flesh. The fruit is sweet in taste and finds significant uses in the preparation of salads, desserts, and jam. Let’s have a look at Guava Seasons in India.

Check out our article on Shevanti flower season in India here

Some of the most delicious and prolific variety or cultivar you can opt for are, Allahabad Safeda, Lucknow-49, Arka Mridula, Sweta, Chittidar, Punjab Kiran, Punjab Pink, and Apple guava.

In India, you can cultivate guava throughout the year. But, the most appropriate time for planting according to Indian gardeners is the rainy season, from June till September. And, another batch or favorable planting time is during the spring season from February to March.

Indian farmers have categorized the cultivation based on guava growing zone and flowering season-wise. Like in Northern parts of India, monsoon flowering gives harvest from November to March and is popular by Mrig-bahar. Whereas, the spring flowering gives yield from June to September and known as Ambe-bahar. On the other hand, in southern parts, the October month flowering is available for harvest in springs and called hasta bahar. 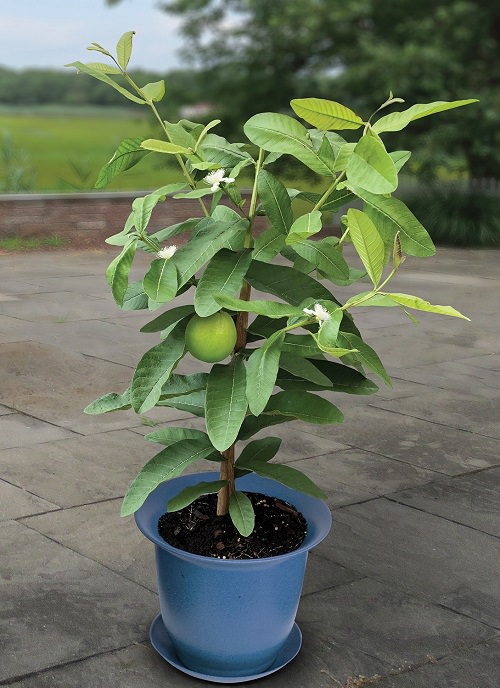 You can either bring the sapling from a nursery and transplant it. Avoid propagating through direct seed sowing, as it takes a long time of around 8-9 years to bear fruits. The best method is to propagate them through grafting, air layering, or patch budding.

In air layering, select a healthy branch, with a 1-cm diameter, from a mature guava plant. Peel a 2-3cms bark ring, just below a node, using a shear. Now, wrap the ringbark and tie it with a polyethylene sheet containing sphagnum moss for 30-40 days. You can then plant it, along with sphagnum moss, in a separate pot or garden soil after removing the sheet.

In bud patch grafting, the bud eye portion (3 cm) from a prolific and mature guava plant is cut using a sharp knife. This bark, containing a bud eye, is called the scion. Now, the guava sapling or rootstock, on which grafting is done, is peeled near its ‘eye area’ in the same dimension as cut above. Then, the scion is placed on the rootstock’s peeled area. Finally, the whole arrangement is wrapped with polythene except the bud. Once the bud stimulates new growth, snip off the head above it. 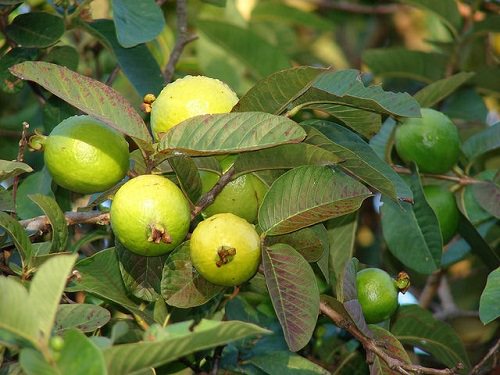 Since Guava belongs to tropical and subtropical regions, it prefers a warm and sunny location to thrive. It likes to grow within 15-30° C (59-86 °F) temperature with 80-100cm annual rainfall. Once, established it becomes hardy to high temperatures and drought conditions.

The young plants need evenly moist soil, especially during the flowering period for optimized growth. Reduce the rate during winters and monsoons, as overwatering will invite fungal diseases. Once the tree is mature, it does not need watering and can dwell on rainwater only.

Mulching the soil around the bed of the plant, with organic matter or compost, helps in keeping the temperature even and prevents water loss.

You should prune guava plants, after the harvest, for maintaining good shape and encouraging growth. Snip off 10-15 cm lengthy shoots that are crossing each other after harvesting. Also, make sure to eliminate dead and broken branches from the tree.

Use farmyard manure or well-decomposed cow dung manure for accelerating its growth. Apply it twice a year, one during June-July and secondly during October. Also, if the plant is not bearing fruits, supplement the plant with 6:6:6:2 fertilizer as per the instructions on the label.

The plant adapts well in all kinds of soil. But, it does good in a well-draining, sandy loam to clay loam soil with 6.5-7.5 pH.

How to Plant Palash Tree | Growing Flame of the Forest Tree