How to Grow Ashoka Tree in India | Growing Sorrowless Tree

Known for its medicinal properties, the Ashoka tree holds a lot of importance in Indian Culture. Here are all the details on How to Grow Ashoka Tree! 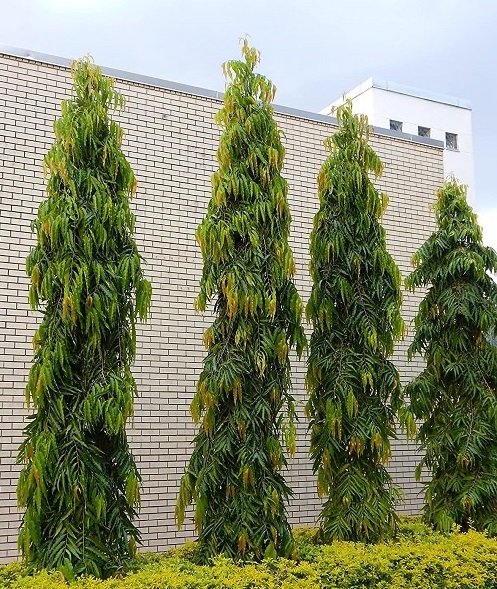 Indigenous to India, Myanmar, and Sri Lanka, Ashoka is a 22-30 feet tall, evergreen tree with fragrant blossoms. This rainforest tree has glossy, green leaves that are coppery-red initially, but they change the color from red to green, and after maturity, turn deep green. This ornamental tree bears orange-yellow hued, aromatic blossoms that slowly turn red after becoming droopy. Although blooms may appear year-round, February to April is the peak flowering period. Let’s have a look at How to Grow Ashoka Tree in India.

Note: This tree is diminishing nowadays, as people are cutting it in large numbers for its medicinal properties. It now comes under ‘vulnerable’ species according to the IUCN Red List of Threatened Species. 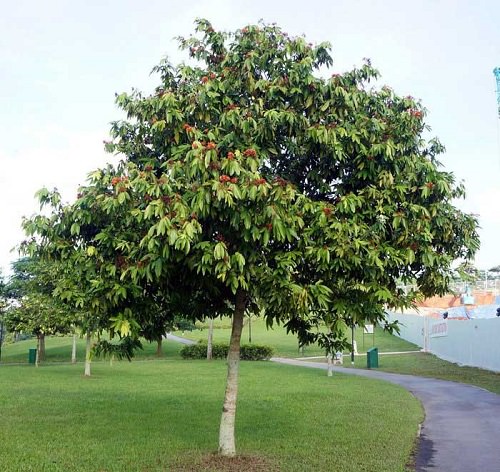 One of the sacred trees of India, the Ashoka tree is said to bring good luck to its owner and diminishes all the sorrow hence called ‘sorrow-less’ tree. The Ashoka tree is linked with a multitude of religious stories and mythology. According to Buddhist texts, the queen Maya of Sakya had given birth to Lord Buddha under the vicinity of the Ashoka tree. As per the Hindu Ramayan Mahakavya, Sita took shelter and dwelled in the shade of Ashoka trees in Lanka, when Ravan had abducted her. Furthermore, Hindus dedicate its mesmerizing flowers to Kamadev as a reverence.

This tree is known for its medicinal properties, its barks are used to treat burning sensation, women ailments, and digestive problems. The pulp of its blossoms is used to treat dysentery.

The easiest and most convenient propagation method of propagating the Ashoka tree is through the seeds. You can either buy them from the local nursery shop or collect them from the fruits of 6-8 years old Ashoka tree.

Ashoka tree produces flowers from February to April. A bean-like fruit appears and matures from June to August. Harvest its purple-black hued pod fruits that contain around 4-8 seeds and collect the seeds. Rinse and keep them in the water overnight. During mid-monsoon, take a small pot (5-7 inches diameter) filled with regular potting soil. Poke the seeds inside the soil and keep it in the bright spot. Mist it regularly. The new leaves will appear within 25-30 days. After 2 months, you can transplant this seedling in the garden soil. 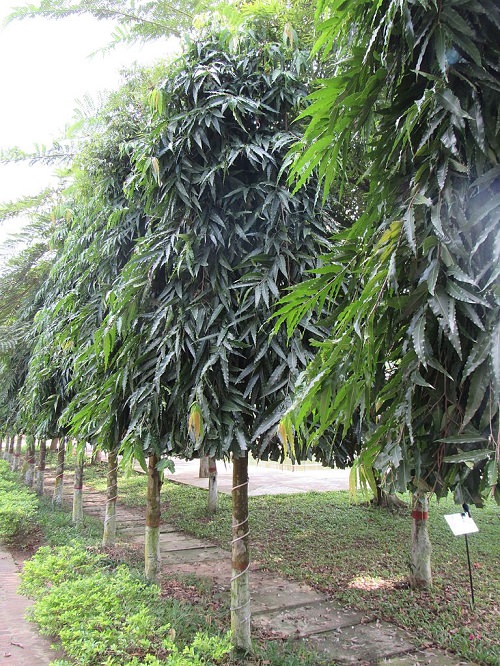 This tree grows well in a bright but shady area. It doesn’t prefer full sun exposure, but partial shade to full shade, both are suitable.

For small plants growing, check the soil around by poking one and a half inch finger in the soil, if it feels dry, water it. If your yard is large enough, you can even install drip irrigation to provide precise watering.

It grows well in a frost-free climate, between the range of 20 – 35° C (68 – 95° F) temperature. The tree flourishes well in humid condition and performs poorly in dry and arid climatic areas.

Mature Ashoka trees do need heavy feeding as they get all the necessary nutrients from the soil. The best Fertilizer for Ashoka Tree, during their growing period, is organic fertilizer. You can use it twice a year, from May to June and then from October to November.

How to Grow Ajwain Plant | How to Plant Ajwain in India