Vanda orchid is famous for its showy, long-lasting, and fragrant blooms that come in a wide array of colors including blue. The term ‘Vanda’ is a part of the Sanskrit word ‘Vandaka‘. This orchid is common in India, China, Burma, Sri Lanka, Australia, and the Philippines. Let’s have a look at Vanda Orchid Varieties in India.

Check out our article on best rose varieties in India here 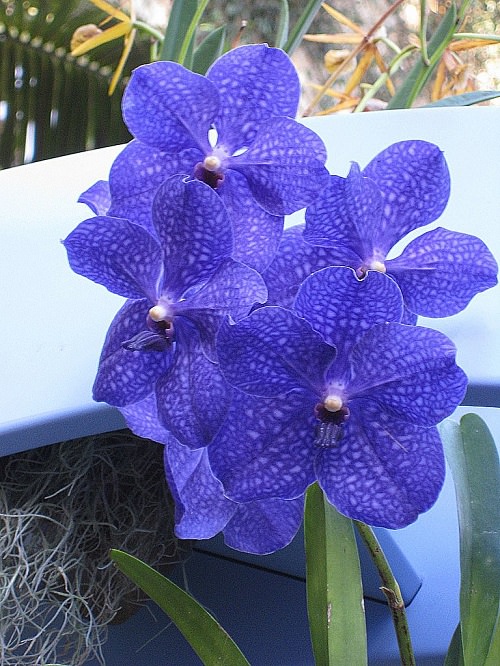 Vanda coerulea is native to Northeast India, Myanmar, and Thailand. Thanks to its rare blue shade, it is popular in cross-breeding of blue and purple breeds. 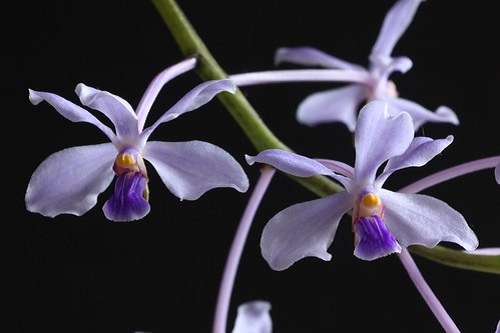 Found in the Arunachal Pradesh, this orchid comes in an elegant shade of lilac-blue. The fragrant flowers are borne in a cluster on long spikes that repeatedly bloom during winter and spring. 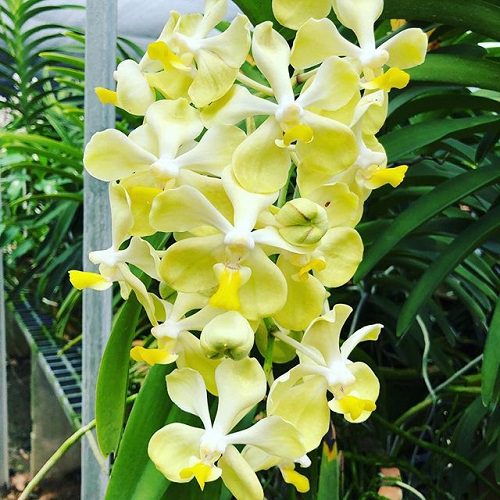 Its sweet-scented flowers present a wonderful combination of cream-white and pale yellow shades. The flower is found natively near the rocky and lowland forest areas.

This hybrid flower is a result of breeding between Vanda hookeriana and Vanda tree species.  It is also the national flower of Singapore. 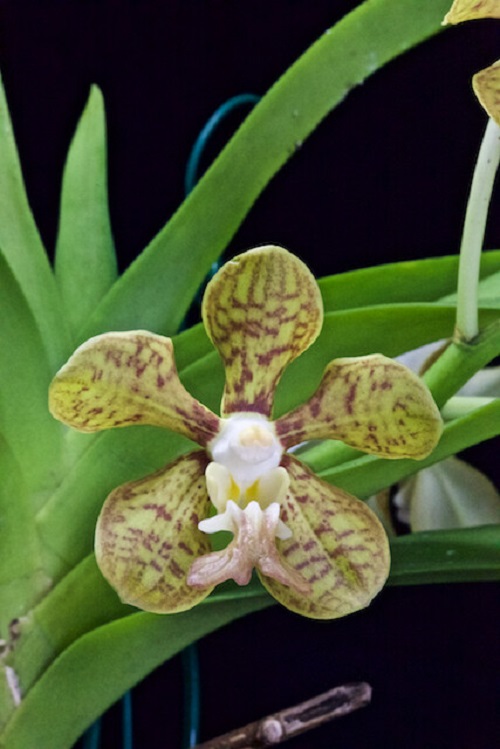 Endemic to Indian states, Vanda stangeana is a pride of Manipur and Arunachal Pradesh. Its slightly recurved petals have yellow-green color and are heavily blotched with contrasting brown markings. 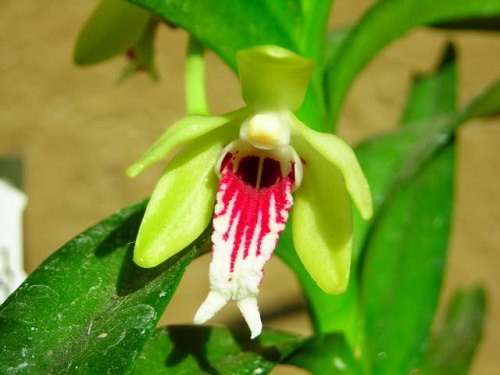 In India, the flower has been reported from western-eastern Himalayan, Assam, Sikkim, and Nepal. The yellow-green lip tinged with purple stripes adds to its visual. 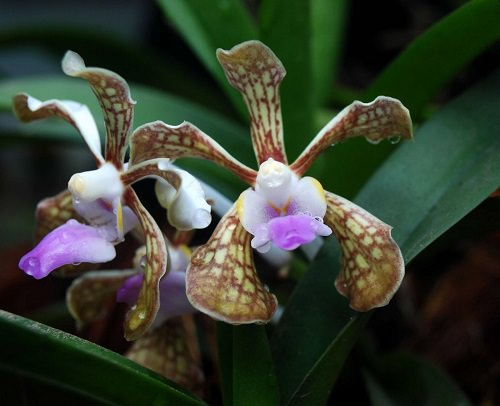 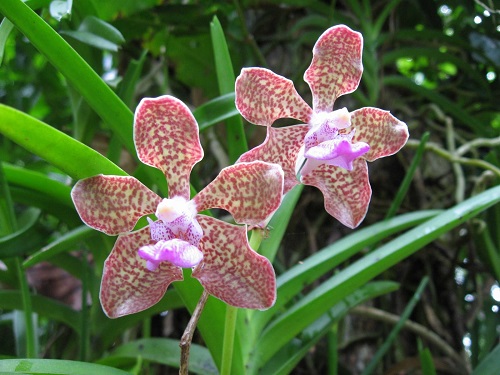 Looking charming with lilac-purple lip and light brown petals, it is native to Bangladesh, Burma, Nepal, Sri Lanka, and India. It has a hypnotic effect, as the bees fall on the ground after sucking its nectar. 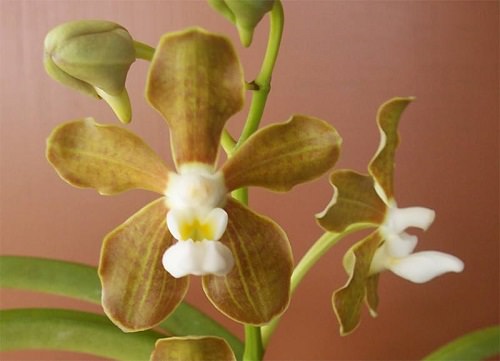 The flower was respotted in Kerala, Karnataka, Tamil Nadu after some period of extinction. Its petals are brown, and the white lip is mottled with yellow streaks. 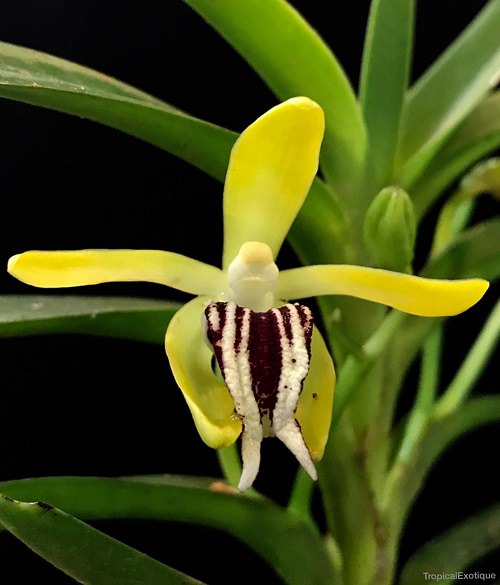 Found in east-west Himalaya, Bangladesh, Nepal, Bhutan, China, and India, its waxy flower arises in spring, and summers. It has yellow-green sepals with a cream lip and marron patches. 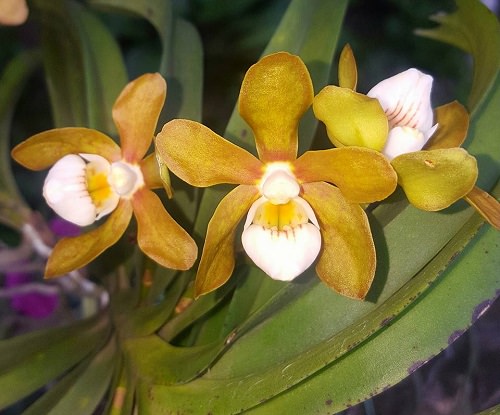 It was originated in Sri Lanka but later became extinct. Now, it is found in Kerala and Karnataka states of India. The flower presents a spectacular combination of cream and yellow hues along with wavy petals. 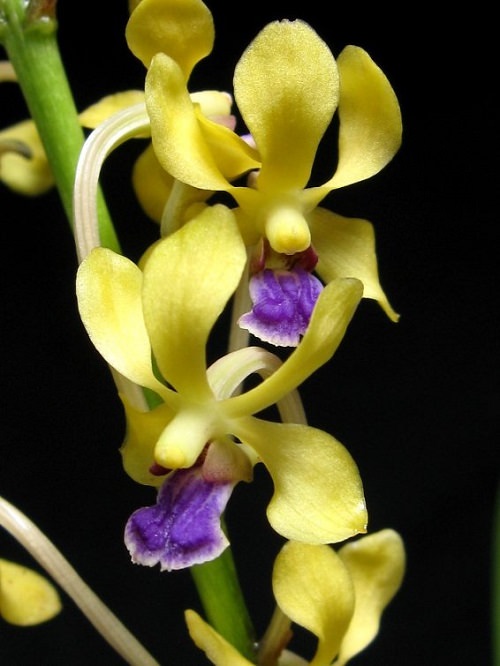 The flower is native to India, Nepal, Thailand, and Myanmar and features an alluring combination of violet flushed lips surrounded by yellow petals. 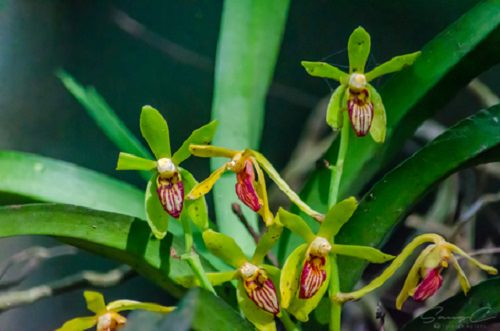 The rocky regions of Nepal, Bhutan, and eastern Himalaya are homes of this particular species. The pleasing scented flowers are long-lasting and continually display throughout the spring season. 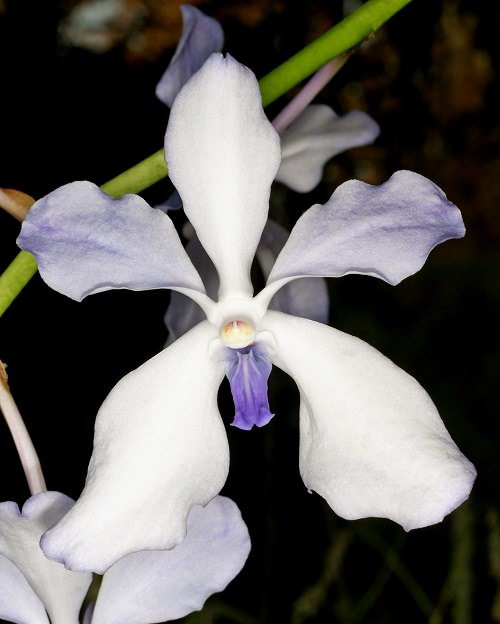 Vanda jainii species is native to the Assam state of India. The distinctive flower adds elegance to the landscape, thanks to its wonderful combination of purple and white tones. 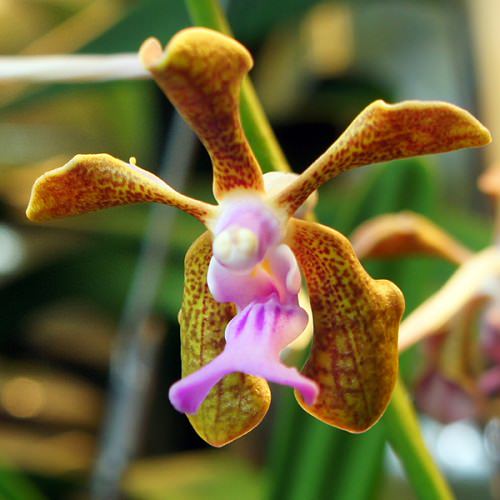 The species is native to Burma, Thailand, and in the Assam state of India. Popular for its faint fragrance, this spring bloomer features muddy hued petals with purple-lilac lip. 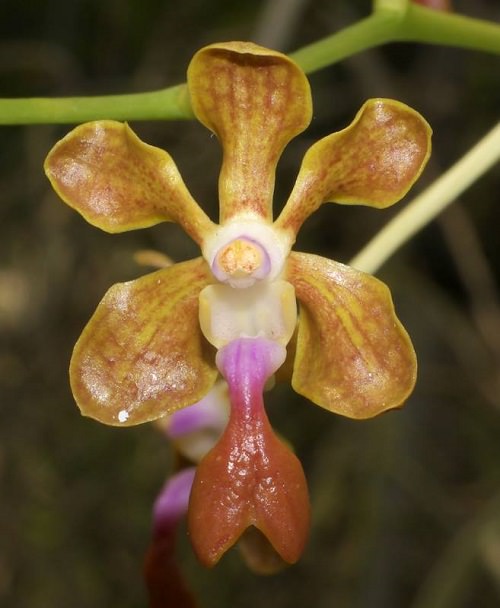 The cultivar is native to the Indochina region and also common in the Assam state of India. It is one of the most distinctive-looking flowers on the list with a brown hue. 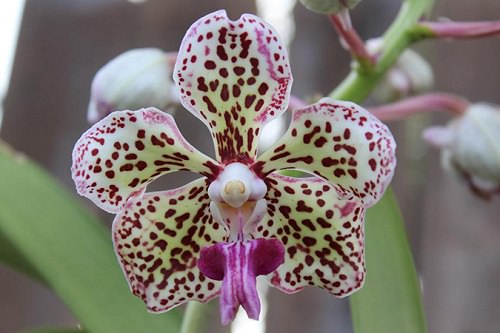 The cultivar is native to Bali, Laos, and Indonesia and showcases purple lip and milky-white petals blotched with shades of magenta. 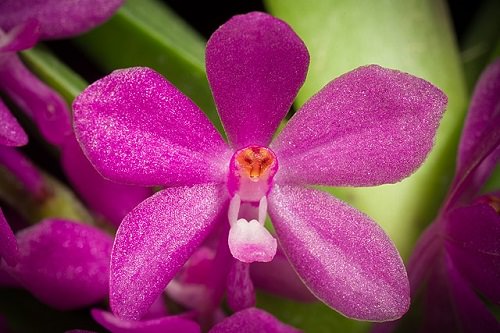 The flower is native to the eastern Himalaya, Nepal, China, to India. One of its cultivars was designated with a first-class certificate from the Royal Horticultural Society. 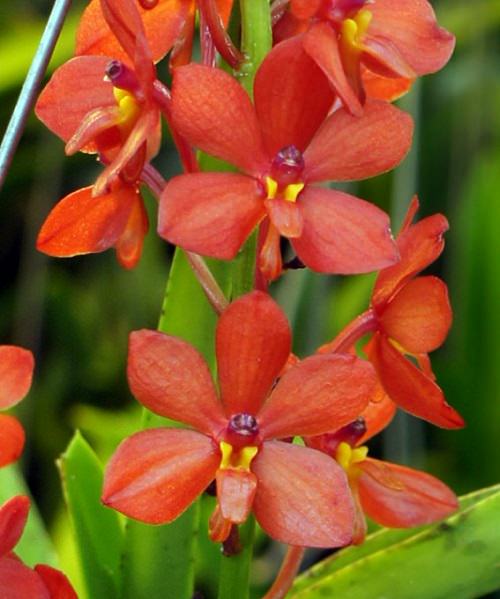 This orange vanda orchid is common in eastern Himalaya, Nepal, Vietnam, and the Assam state. The spectacular flower has deep orange to crimson petals with a complementing yellow lip. 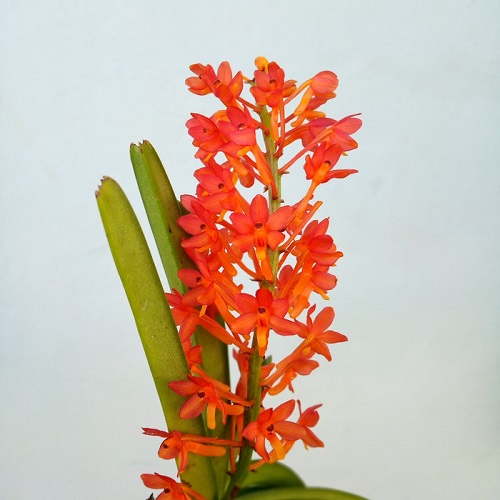 In India, this flower is common in Assam and Kerela. The yellow-orange sepals and petals of this orchid are narrow and slender that look striking with a slightly recurved lip.

Latest Posts
Like our page to stay updated!
Registration is disabled.

Send this to a friend